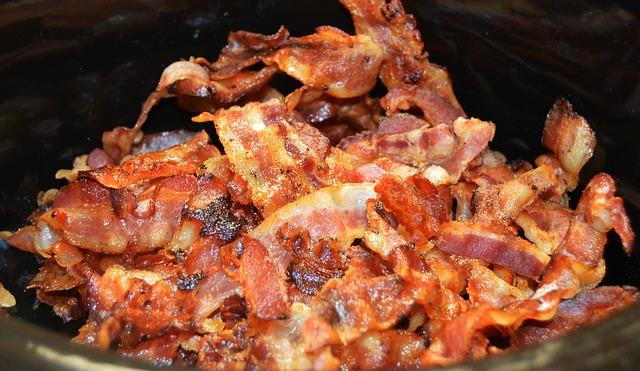 Click on this link https://www.cnn.com/2019/04/17/health/colorectal-cancer-risk-red-processed-meat-study-intl/index.html to read "Eating just one slice of bacon a day linked to higher risk of colorectal cancer" by Nina Avramova in its entirety.

The study also found that processed meat, like sausages or bacon, posed a bigger risk than red meat, with the risk of colorectal cancer rising 20% with every 25 grams of processed meat (roughly equivalent to a thin slice of bacon) people ate per day

The World Health Organization concluded in 2015 that there is enough evidence to classify processed meat as "carcinogenic to humans," wrote the study's authors.